From supermarkets to software: History of Kanban 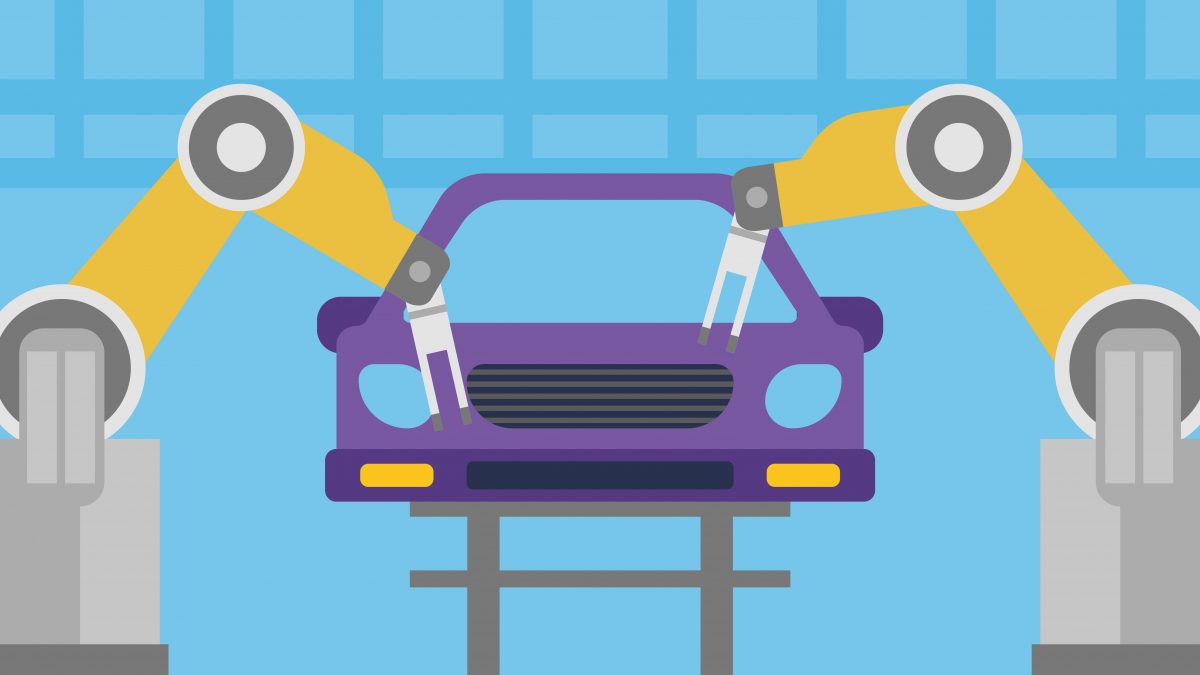 Who could have guessed that supermarket restocking techniques could affect project management several decades into the future? New stock was ordered as previous inventory ran out, instead of regularly timed shipments from a supplier.

Applying “Just-in-time” inventory system to the factory floor increased production levels, improved efficiency and removed waste. Kanban – meaning visual signal in Japanese – cards were used to clearly communicate when actions are required. From Kanban’s history in manufacturing, Kanban has spread worldwide and is used across all industries for many different applications.

In the early 1940s in Japan, Toyota automotive was fighting to stay competitive with its American rivals and needed to increase the efficiency of its production. A key issue was the large and costly level of stocked inventory – raw materials and unfinished items – anything languishing in inventory rather than going to the next production process or final customer was a waste.

Toyota industrial engineer Taiichi Ohno looked to supermarkets for inspiration. Supermarkets only restock their products once customers have bought nearly all available items. The demand rate for any item directly affects the supply rate – some items are restocked at high frequencies and others hardly ever.

Ohno theorised that Toyota’s production chain could be managed in the same way. The rate of one production process would be used to determine demand for the previous process, all the way through the chain. Cards were used to trigger actions – for example, a card in an empty raw materials container indicates that these raw materials should be replenished. These visual signals gave Kanban its name.

In 1978, Taiichii Ohno published the book “Toyota Production System – Beyond Large-Scale Production” laying out the principles of Lean Manufacturing and Kanban. From here, both the approaches grow in popularity in the manufacturing sector, in Japan at first and later abroad.

So how did Kanban make the leap from factory floor to knowledge work across the world? The next step in Kanban’s history is down to David J Anderson. In 2004, Anderson developed a pull system for a Microsoft XIT Sustaining Engineering Group. During development, he finds that this pull system functions as a virtual Kanban system and called it the Kanban Method.

Over the next few years, Anderson and colleagues worked on refining their virtual Kanban implementation by adding new features. This is when the classic hallmarks of the Kanban Method took shape – the Kanban board, Kanban cadences, WIP limits, Classes of Service and Swimlanes. By June 2007, the method looked much like it does today.

From its implementation for a single Microsoft group, the effectiveness of Anderson’s Kanban Method starts generating enthusiasm. The method begins to be presented at management conferences, implemented across more project portfolios and other companies.

Soon, the Kanban Method started to catch the attention of Agile and Scrum teams. The method was a natural fit for them with its focus on making incremental changes and increasing delivery speed. Some project managers at Yahoo were trying to implement Scrum but facing resistance from their teams – they turned to Kanban to smooth the transition.

From this point onwards, Kanban has exploded in popularity. The same “Just-in-time” system that worked so well for restocking inventory is equally useful for work in progress, pulling through tasks in accordance to team capacity. These days, it’s hard to find Scrum teams without a Kanban board.

While the knowledge work teams have been the most enthusiastic adopter in Kanban’s history, many other sectors have benefited from Kanban practices. Any project with continuous delivery of tasks can use the Kanban Method to improve transparency within the team, become more efficient and increase productivity.

How long have you been using the Kanban Method? What changes have you noticed? Has it improved your productivity? Tell us about your experience in the comments!

Manage Bottlenecks in Kanban: the Theory of Constraints

The 100% Utilization Paradox: How to Achieve Optimal Workflow Efficiency All While Relieving Team Overburden

Why You Should Start Encouraging Employee Autonomy Today

Are You in the Gap? Or the Gain?

To Commit or Not Commit? The Opportunities Behind Blocked Work

Use the code NAVEBLACK22 at the checkout to apply your discount. This limited-time offer expires on 30th Nov!